Dr. Fong examines the connections between drive gratification and the contemporary technological lure.  From a Lacanian-Lowaldian-Marcusian perspective, he explores the attraction we all have towards technological manipulations of our lives.

Benjamin Y. Fong is a member of the Society of Fellows in the Liberal Arts at the University of Chicago. He earned his PhD in Religion from Columbia University, where he was also an Affiliate Scholar at the Center for Psychoanalytic Training and Research. His interests lie at the intersections of philosophy, psychology, critical social theory, and the study of religion. His first book, Death and Mastery: Psychoanalytic Drive Theory and the Subject of Late Capitalism, which seeks to strengthen the psychoanalytic dimension of first generation critical theory in the hopes of rejuvenating its conception of subjection in late capitalism, was published by Columbia University Press.

In 2000, Jeffrey Arnett, a developmental research psychologist, proposed a new phase of development which he called “emerging adulthood.” He delineated specific developmental challenges for this age group, centered on identity, role exploration, and subjective experience, and offered a theoretical frame that broadly linked his observations to changes in contemporary society. This proposal elicited an extraordinary response in the research community, generating hundreds of thousands of publications in the US and across the globe, a professional society and a journal dedicated to this age group. In contrast, the reaction among psychoanalysts has been both slow in coming and lukewarm. There are a number of explanations for this tepid response: adult development has historically attracted the interest of only a few psychoanalysts whose contributions to the literature peaked in the 1980s and 1990s; similarly, identity has never achieved full psychoanalytic status despite its introduction and elaboration by a world-renowned psychoanalyst. Dr. Gilmore argues that both adulthood and identity merit psychoanalytic legitimacy and theoretical elaboration as complex aspects of self-representation with deep personal meaning. Moreover, the broader idea of emerging adulthood begs to be studied, not only as a possible new phase of development but as a rich example of the dynamic interface of mental life, culture and developmental progression.

The Sándor Radó Lecture is funded jointly by the APM and the Columbia University Psychoanalytic Center to honor the memory of Dr. Radó, the first Director of the Center. 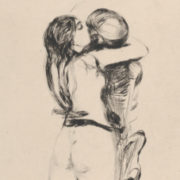 We are bombarded daily, as Freud was during WWI, by disturbing, unsettling news and events that call into question our familiar way of making sense of the world as we knew it and, perhaps, impose an imperative to rethink the death instinct. In this APM event, Joel Whitebook will guide us into an exploration of his recent book Freud: An Intellectual Biography and his thesis of making sense of the death instinct as it relates to primary narcissism, the early mother and symbiosis. Drs Bob Michels and Jonathan House will take this thesis as a point of reference in order to discuss and debate their views on the death instinct, its relevance, or lack thereof, to our current world and current clinical practice.

Joel Whitebook, PhD is a philosopher and psychoanalyst who maintains a private practice in New York City. He is currently on the faculty of the Columbia University Center for Psychoanalytic Training and Research, and he is the Director of the University’s Psychoanalytic Studies Program. He is also the author of Perversion and Utopia (1995) and numerous articles. He is the author of Freud: An Intellectual Biography (2017).

Robert Michels, M.D. is the Walsh McDermott University Professor of Medicine and Psychiatry at Weill-Cornell Medical College. He is also Deputy Editor of The American Journal of Psychiatry, and former Joint Editor-in-Chief of The International Journal of Psychoanalysis. In the past he served as the Stephen and Suzanne Weiss Dean of Cornell University Medical College and Provost for Medical Affairs of Cornell University, and is a former Training and Supervising Analyst at the Columbia University Center for Psychoanalytic Training and Research. He also served as the Barklie McKee Henry Professor and Chairman of Cornell’s Department of Psychiatry, and Psychiatrist-in-Chief at The New York Hospital.

Jonathan House, MD was trained in psychiatry and psychoanalysis and is on the faculty of Columbia’s Department of Psychiatry and its psychoanalytic institute where he is a Training and Supervising analyst. Dr House also teaches at Columbia’s graduate school at the Institute for Comparative Literature and Society. He serves on the Conseil Scientifique of Fondation Laplanche and he is responsible for the translation of his works into English.

The American Psychoanalytic Association designates this Live Activity for a maximum of 1.5 AMA PRA Category 1 Credit(s)™. Physicians should claim only the credit commensurate with the extent of their participation in the activity.

IMPORTANT DISCLOSURE INFORMATION FOR ALL LEARNERS: None of the planners and presenters of this CME program have any relevant financial relationships to disclose.

LEARNING OBJECTIVES  At the conclusion of this activity, the participant should be able to:

1. Distinguish between two conceptualizations of the death instinct, one as a biological aim towards the tensionless state of death, and another as more psychologically complex drive to return to a state of primary narcissism and fusion with the mother.
2. Summarize contemporary arguments for and against the clinical utility of the concept of the death instinct.

Freud defined a symptom as “a sign of, and a substitute for, an instinctual satisfaction which has remained in abeyance; it is a consequence of the process of repression.” Many have commended on Trumpism as a symptom of America’s dark side; the return of repressed racism, xenophobia, misogyny, etc. New York Times columnist Charles Blow described Trumpism as “a religion founded on patriarchy and white supremacy.” This meeting will bring together a psychoanalyst and a political scientist to discuss Trumpism as the symptom of our times.

Paola Mieli is a practicing psychoanalyst and the founder and president of Après-Coup Psychoanalytic Association. The author of numerous articles on psychoanalysis and on culture published in Europe and America, her books include: Figures of Space. Subject, Body, Place (Agincourt Press, New York, 2017); A Silver Martian–Normality and Segregation in Primo Levi’s Sleeping Beauty in the Fridge (PLC, New York) 2014; Being Human: The Technological Extensions of the Body (Co-Editor, Marsilio Publishers, New York, 1999).

Peter Bratsis is a political scientist, currently on the faculty at BMCC. He has taught at the University of Salford, the London School of Economics, Brooklyn College, and Queens College. His research mainly concerns the categories and ideas that our political world is based upon and how these ideas are created and reproduced. He is the author of Everyday Life and the State and, with Stanley Aronowitz of Paradigm Lost: State Theory Reconsidered.

This panel will focus on how an object relations analyst, self psychologist and Lacanian psychoanalyst differ as the one who occupies the analytic object for the patient. Psychoanalysis has progressively come to favor similarities, blurring differences among various psychoanalytic schools of thought despite the conflictual debates among their predecessors. In this panel, by asking specific questions about each presenter’s work, Diana Moga and Elhav Weinstein will focus on delineating the differences among these theoretical approaches. Clinical material will be presented by way of illustration.

David Lichtenstein is a psychoanalyst in private practice in New York City and a member of the faculty at CUNY Graduate Center, the New School University, a co-founder, faculty member, and supervisor at Apres-Coup Psychoanalytic Association in New York. He is the editor of Division/Review: A Quarterly Psychoanalytic Forum, author of numerous articles and book chapters and the co-editor of The “Lacan Tradition” published by Karnac in 2017.

Dr. Andrew Lotterman is a training and supervising Psychoanalyst at the Columbia Psychoanalytic Center in private practice in New York City. In addition to psychoanalysis, he has a specialty in the psychotherapy of schizophrenic patients. Among his numerous presentations and publications, Dr Lotterman published a book entitled Specific Techniques for the Psychotherapy of Schizophrenic Patients by International Universities Press in 1996.

The historical development of psychoanalysis has demonstrated that the aim of our clinical work may change as the patient population changes. Dr Lombardi hypothesizes that one of the main tasks of psychoanalytic working through today is to help our difficult patients, who are trapped in imitative dynamics and so-called “never-to-be-born selves,” enter a life of their own. Particular emphasis is given to activating a body-mind relationship, catalyzing the emergence from the unrepressed unconscious, and constructing space-time parameters in relation to the most primitive and undifferentiated emotional experiences.

Riccardo Lombardi, MD is training analyst of the Italian Psychoanalytic Society and the author of the books Formless Infinity: Clinical Explorations of Matte Blanco and Bion, and Body-Mind Dissociation in Psychoanalysis. Development after Bion. He has a full time private practice in Rome.

This presentation and discussion will focus on psychoanalytic reflections the multiplicity of gender that we increasingly observe in clinical practice. Dr Drescher will present from his vast experience with gender variance and the DSM. Dr Gherovici provocatively takes the thesis that ‘psychoanalysis needs a sex change’ as she argues that psychoanalysis’ homophobic and transphobic history is based on a selective reinterpretation of the Freudian texts. This presentation will aim to understand the new trends, and the concepts necessary to make sense of what is happening with sex and gender in our contemporary world as well as reflecting on the implications for clinical psychoanalysis.

Patricia Gherovici, Ph.D. is a psychoanalyst and analytic supervisor, co-founder and director of the Philadelphia Lacan Group. She the author of The Puerto Rican Syndrome and Please Select Your Gender: From the Invention of Hysteria to the Democratizing of Transgenderism. She has published two edited collections (both with Manya Steinkoler), Lacan On Madness: Madness, Yes You Can’t and Lacan, Psychoanalysis and Comedy. Her new book Transgender Psychoanalysis: A Lacanian Perspective on Sexual Difference is forthcoming by Routledge in June 2017.