This presentation brings together Freud, Laplanche, and Bersani to offer a psychoanalytic way of thinking about consent. It proposes a different kind of consent that can be at work in sexual encounters, and also in the analytic encounter; limit consent. In contrast to its affirmative counterpart, limit consent does not seek to reproduce a known experience of satisfaction. It aims, instead, towards a new experience. Limit consent is intimately connected to the rousing of the sexual life and death drives (Laplanche). When these escalate without interruption or modulation to move beyond the pleasures principle, a state of overwhelm can ensue. An extended clinical example will help illustrate how analytic work with such states can lead to psychic transformations.

Dr Saketopoulou is a psychoanalyst and faculty member at the NYU Postdoctoral Program in Psychoanalysis. 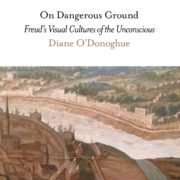 Freud’s collection of “antiquities” is well known, but is most commonly imagined as shown in the famous photographs, taken in May 1938, by Edmund Engelman. But this was the collection in literally its last moments in Vienna, just prior to Freud’s forced exile to London. As the over 2000 objects that filled his working spaces, we know this assemblage at its end far better than its start. Based on a chapter in Professor O’Donoghue’s recently published book on the role of art and archaeology in the shaping of Freud’s theories of the unconscious, this presentation will investigate when, and perhaps why, this collection began, relating it to a moment of tumult in Freud’s work – in the autumn of 1897 – when fragments of history took a highly consequential turn for him, and for the construction of psychoanalysis to follow.

1. Discuss the role of material objects, particularly those of the distant past, on Freud’s emerging theories of an unconscious.

2. Assess the impact of external phenomena, such objects and archaeological sites, on the early language of psychoanalysis.

3. Critique the ideas of value, worth, and selectivity in Freud’s early shaping of psychical functioning. March 5, 2019 8pm
Roosevelt Cassorla MD, PhD • Presenter
Brazil
Brazilian analyst Dr. Roosevelt Cassorla discusses fanaticism both as a social phenomenon and as a phenomenon that may arise in the analytic field. Several hypotheses about fanatic aspects of the analytic field are put forward. Aspects of early symbiosis which are remobilized primarily in adolescence are examined, as are container/contained relationships in early childhood which are experienced as fraudulent. Defensive narcissistic organizations which are mobilized in relation to these early experiences are shown to lead to fantasies that manifest themselves as fanatic adherence to various social systems, including religions and political ideologies.

Roosevelt Cassorla is a widely published authority on Psychoanalytic Field Theory. A training analyst at the Brazilian Psychoanalytic Society of São Paulo and the Campinas Psychoanalytic Study Group, and member of editorial board of the International Journal of Psychoanalysis, his present research centers on adolescence, symbolization processes, enactment and analytic technique with patients difficult to reach. His most recent book, The Psychoanalyst, the Theater of Dreams and the Clinic of Enactment, was published by Routledge. He received the Sigourney Award in 2017. 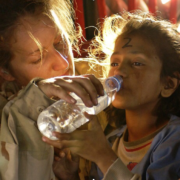 Since the beginning of 2014, 1,112,332 refugees crossed the borders of Greece. The documentary No Human is Illegal will be presented, illustrating the drama of the refugee as s/he arrives ‘spit out’ by the sea on the coast of the Greek island of Lesvos. An international group of three analysts, Pediconi, Genga and Flabbi, will discuss with the film director, Richard Ledes, the theme of hate and the surge of nationalism in the world as a social phenomenon of our days. Next, Anna Christopoulos, drawing from her clinical experience with several of her colleagues within the group “Doctors of the World,” will present a qualitative research study seeking to understand the internal experiences of refugees. She will review the findings from this study to date and then present two interviews which illustrate intra-psychic processes involved in coping, as well as inner changes that can come about in the refugee experience. This panel aims to intertwine the social and the clinical starting with the worldwide surge of nationalism, continuing with working with trauma clinically as it relates to transgenerational transmission of disassociated hate.

Richard Ledes is an American filmmaker and writer based in New York City, best known for his 2012 feature film drama Fred Won’t Move Out about Alzheimer’s disease starring Elliott Gould and Fred Melamed. He holds a doctorate in comparative literature from NYU, where he wrote a dissertation on the cultural significance of the rise of mental healthcare in the U.S. based on treating veterans after WWII.
Maria Gabriella Pediconi is researcher and professor of dynamic psychology at university of Urbino, and a psychoanalyst of Società Amici del Pensiero “Sigmund Freud” of Milan, Italy.
Glauco Maria Genga, MD, is a psychiatrist, consultant to the Italian Air Force and senior psychoanalyst, member of Società Amici del Pensiero ‘Sigmund Freud’, Milan, Italy.
Luca Flabbi, PhD is an Associate Professor at the University of North Carolina-Chapel Hill and a regular member of the board of the psychoanalytic society Società Amici del Pensiero – Sigmund Freud (SAP), based in Milan, Italy.
Anna Christopoulos, PhD is an associate professor of Community-Clinical Psychology and director of the Graduate Program at the National and Kapodistrian University of Athens (Greece) and the director of Psychological Counseling Services at the National and Kapodistrian University. She is a psychoanalyst, member of the Hellenic Psychoanalytical Society, European Psychoanalytical Federation, and International Psychoanalytical Association.

Educational Objectives:
After attending this activity, participants should be able to:
1. Describe varying psychoanalytic perspectives of the refugee experience and place those perspectives in the context of contemporary social phenomena, such as the surge of nationalism.
2. Describe the refugee experience in order to gain a deeper appreciation of transgenerational transmission of disassociated hate and the resistance to working with trauma. 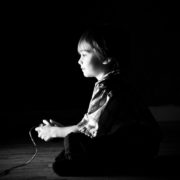 From her vast experience working with children and parents, Dr. Anzieu-Premmereur examines the impact of technology on contemporary children’s capacity for symbolization and relatedness.

Dr Anzieu Premmereur is the director of the Parent-Infant Program of the Columbia University Center for Psychoanalytic Training and Research.

Dr. Weinstein is a psychologist and psychoanalyst and full Professor of Psychology at City College of New York. Her research focuses on the measurement of changes in linguistic structures such as pronoun use, repetition, and metaphor as indicators of modifications in psychological structure during therapy with young children. 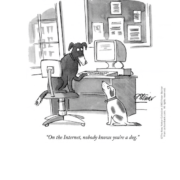 Desire and perversion have evolved in our era of the internet, robots, mechanical thinking, and social isolation. Danielle Knafo, author of The Age of Perversion: Desire and Technology in Psychoanalysis and Culture (2017), writes: “Freud considered the unconscious a site of repressed wishes and desires whose influence extends to the farthest reach of conscious life. Today, such desires find new expression on the internet, which allows anonymity and accessibility. Replacing ‘real world’ skins with digital ones, users create virtual personas to promote their secret passions. The virtual space of consciousness is well matched to the virtual space of the web, though sexual and social enactments within the latter can have dangerous real world consequences. Examining the darker side of the marriage between desire and communication technology, focused through the phenomenon of ‘catfishing,’ this presentation raises questions about the nature of the human self, love, transference, and the role they play in deception. Understanding how patients use the internet provides access to their unconscious desires.”

is a clinical psychologist and psychoanalyst. She is a professor in the Clinical Psychology Doctoral Program at LIU-Post. She is also faculty and supervisor at NYU’s Postdoctoral Program in Psychotherapy and Psychoanalysis. Dr. Knafo has written and lectured extensively on a variety of topics, including unconscious fantasies, creativity, gender, sexuality, and perversion, psychosis, and technology. Her most recent books are Dancing with the Unconscious: The Art of Psychoanalysis and the Psychoanalysis of Art, The Age of Perversion: Desire and Technology in Psychoanalysis and Culture, and Sex, Drugs, and Creativity: Searching for Magic in a Disenchanted World. Dr. Knafo maintains a private practice in Manhattan and Great Neck, NY.

is a psychoanalyst in private practice in New York City and a member of the faculty at CUNY Graduate Center, the New School University, a co-founder, faculty member. He is the editor of Division/Review: A Quarterly Psychoanalytic Forum, author of numerous articles and book chapters and the co-editor of The “Lacan Tradition”, published by Karnac. 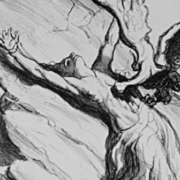 Over the last fifty years, prominent French analysts have been developing a new theory and clinical technique to facilitate the treatment of patients with somatization. Drawn from Freud’s second topography (tripartite model), this clinical work derives from the theory that somatization primarily results from the patient’s difficulties in their capacity for representation. Dr Aloupis will be discussing via clinical material, the enigma of pain from the perspective of the interplay between psychic and physical pain. Dr Gerber will discuss this presentation from a neuropsychoanalytic, attachment theory based perspective.

Dr. Aloupis is a psychoanalyst (SPP-Paris Psychoanalytic Society) and a senior member of the Psychosomatic School of Paris.

Dr. Gerber, director of the Austen Riggs Center, has published and received grants in the areas of attachment and functional neuroimaging of dynamic processes.

Note: this lecture will be held at the New York Academy of Medicine, 2 East 103rd Street at Fifth Avenue (NOT the Faculty House of Columbia University.)

Dr. Moss explores, theoretically as well as clinically, the distinction between ‘love speech’ and ‘hate speech:’ love speech aiming to unite with what it otherwise cannot have, hate speech aiming to destroy what it otherwise cannot stand. Each wants to obliterate the separateness of its object, love speech by uniting with it; hate speech by eliminating it.  Moss asks, when faced with these pressures within and without, what does it mean for the clinician to be neutral? Dr Gourgouris will discuss this presentation from his background in psychoanalysis, politics and literature.

Unaffiliated with any institute, Donald Moss is a founding member of Green Gang, a collective of scientists and analysts working on the relations between the human and non-human environments. n his works, Moss focuses on the elemental problem sites of masculinity–mind/body, inside/outside, heterosexual/homosexual, love/hate, singular/plural.  He edited the book Hating in the First Person Plural (Other Press, 2003), has authored Thirteen Ways of Looking at a Man (Routledge, 2012) and written more than fifty articles linking basic Freudian concepts to contemporary social and clinical problems.  In his most recent book, At War with the Obvious, Moss argues that in order for psychoanalysis to retain its original vitality, it must continuously work against becoming “common sensical.”